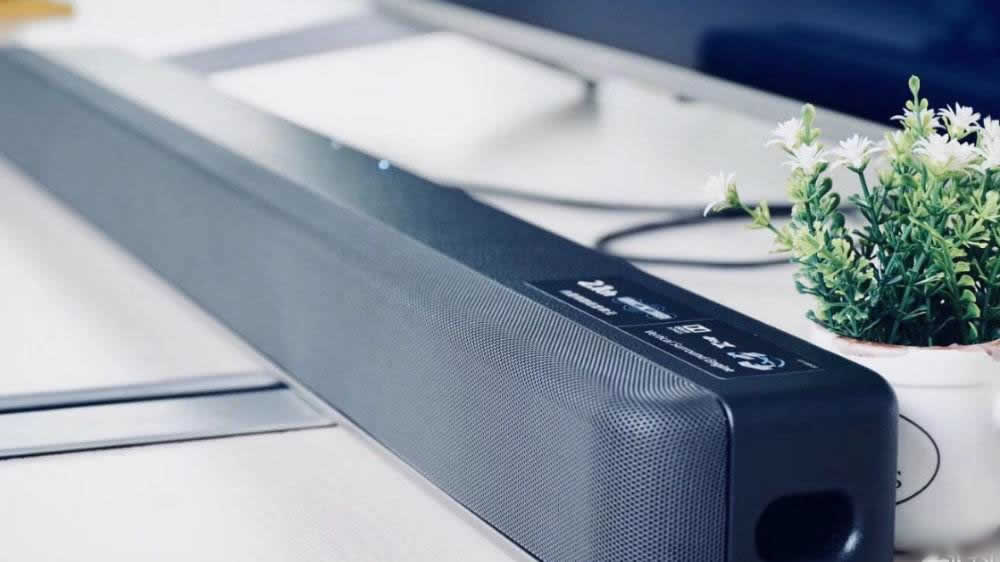 We are familiar with home audio and video products, whether it is TV, audio or player, etc., although the market share has decreased under the impact of emerging mobile electronic products, but if you want to experience the most beautiful audio and video standards at home Mobile devices can't be satisfied, and a good display device will bring visual impact to both eyes. For improving the feeling of both ears, the sound combination is definitely the best choice. Sony's Sound Bar echo wall products are among the best. Previously, Sony's HT-Z9F, HT-X9000F and other echo wall products were listed, and the top four products of the same kind with their own various Sound Bar products, from the highly praised by consumers and the stable sales growth rate can be seen The market demand for such products is obviously very strong, so Sony is hot to hit the iron, in May launched the new whispering wall - HT-X8500, the main HT-X8500 positioning of the urban youth small apartment price is only ¥ 2990, it can be easily Enjoy the Dolby panoramic sound. 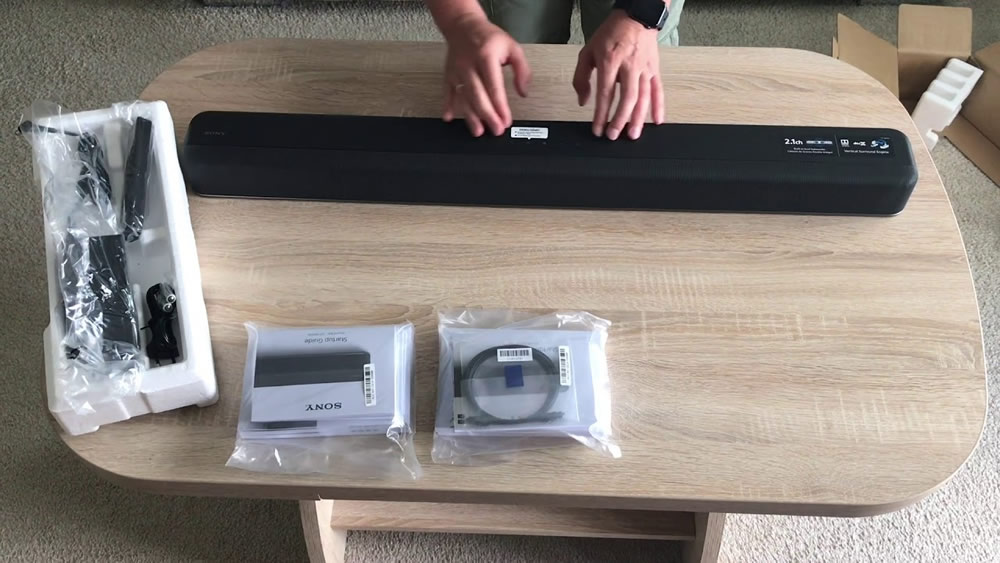 Unlike the split design of most Sony whispering walls, the HT-X8500 integrates the woofer into the body, so when you receive this product, there is only one thin strip structure package with the main highlights of the product printed on the package. Information, as well as a photo of the exterior.

Unpacking, you can see the real body of the HT-X8500. It happens that the Sony TV in the home is in the form of a wall. The HT-X8500 echo wall of Sony can just be placed on the shelf below, which describes the match of Tiancheng. And you can put a hand or an ornament on both sides. If you are pursuing a simple style, a Sony HT-X8500 will suffice. 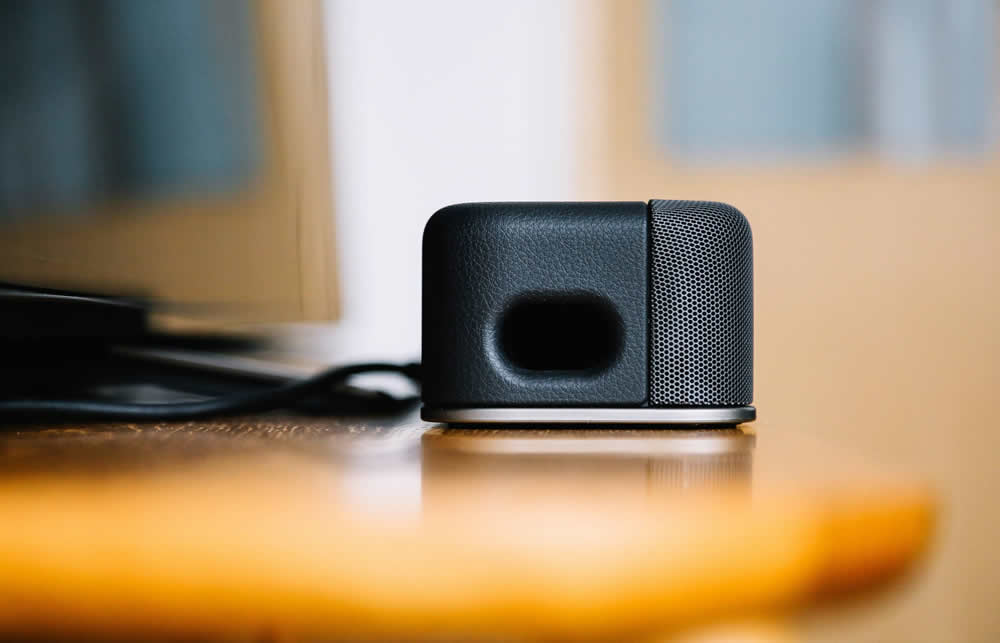 The front is a black metal mesh with rounded corners, leather-embossed texture on the surface, two built-in full-range speakers and a dual-subwoofer system. The subwoofer is placed in the center of the whispering wall, facing the user, and the powerful bass can be more For effective delivery to the user's ears. To further enhance bass performance, the two subwoofers have inverted tubes on both sides for excellent bass performance without the need for an extra subwoofer.

On the right side of the Sony Sound Bar HT-X8500 are some important highlights of the product, including two built-in woofer units and support for Vertical Surround Engine vertical surround engine technology.

In terms of interface, HT-X8500 supports optical output, HDMI access, supports HDR 10, HLG and Dolby Vision multiple HDR video standards, compatible with HDCP 2.2/HDCP 2.3 security protocol, HDMI output interface conforms to HDMI 2.1 standard, supports eARC Watching Dolby Atmos, DTS: X-Audio movies, and TV shows with the HT-X8500, there is no problem at all. Just plug the HDMI cable such as player and box into the left socket, and connect the right socket to the TV with the included HDMI cable. . Moreover, the HT-X8500 does not have a separate audio unit component. 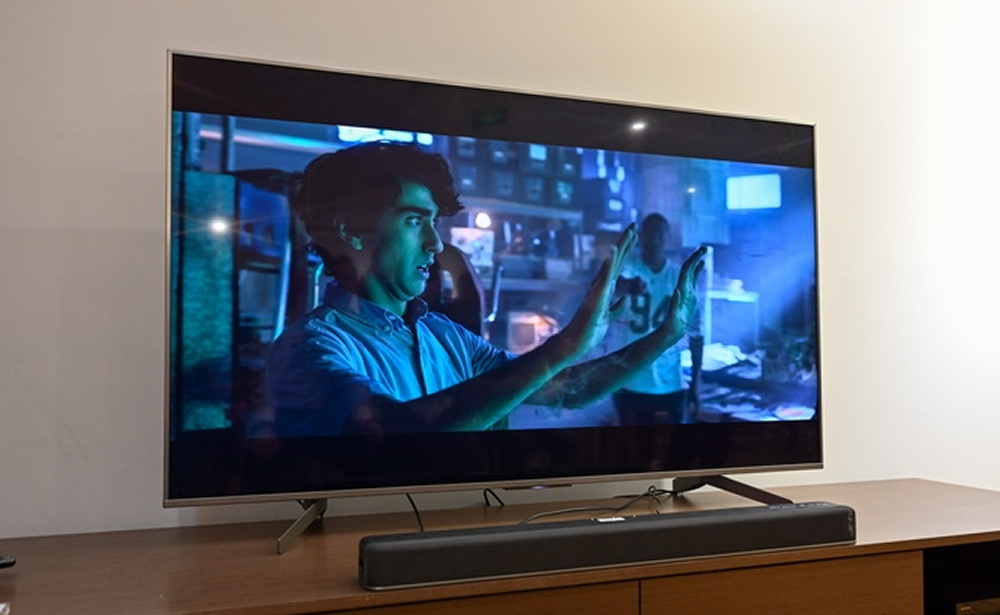 Any reservations we had about the performance of this mid-ranger were blown away when powered up - this soundbar is convincingly cinematic. It creates a convincing illusion of wraparound sound that allow Dolby Atmos movies to play with a clear sense of expanded height and width.

When we press the remote control or turn on the corresponding sound mode, the status indicator on the top of the fuselage will also turn on. If you look closely, it has a Bluetooth logo. After turning it on, you can use Bluetooth and various audio terminals including mobile phones and mobile phones. Connecting computers and playing high-quality music is completely a problem.

The same is true. When I was using the Sony HT-X8500, especially when watching Hollywood blockbusters, I didn’t have to sit in front of me to feel the whole position change when the plane took off. It was a goose bump. In addition to watching movies, different modes for games, music and other scenes are also very rich, the film mode has relatively more expressive power of bass and scene music; the music mode is more in place for the details of the instrument and the vocals; the game mode is Optimized for scene environment sound effects, in addition to news and sports modes.

The release of the Sony Sound Bar HT-X8500 is undoubtedly another drop in the relatively professional audio-visual market. It will be biased towards the "audio-visual enthusiasts" whispering wall products, which will be displayed in front of the public at a price of less than 3,000 yuan. The appearance style, highly integrated integration mode, and excellent sound performance seem to indicate to everyone that Sony is still Sony, just like the corporate vision in Sony's new promotional film: the world is full of creativity through the power of creativity and technology. . The Sony Sound Bar HT-X8500 is one of the best choices for more people to access great home audio and video equipment.

If you're tight on space, don't need window-rattling volume and want a hassle-free way to experience Atmos, this could well be the solution for you and a quick trip to your local Richer Sounds will tell you all you need to know.