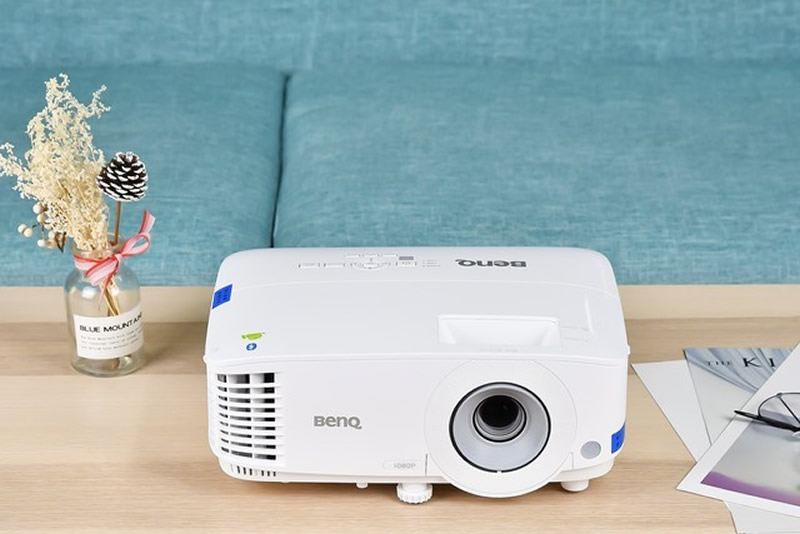 The anecdote that is often encountered in company meetings is that it is not efficient to plug in cables and adjust computer parameters whenever the speaker is replaced. In some cases, there may even be some minor faults. It takes a few minutes to get through, and the other participants are very anxious and have a great influence on the conference experience. And BenQ's recently launched flagship business projection product, the E580T, is a good solution.

In fact, many of today's projectors have begun to follow the footsteps of the wireless era. BenQ's previously launched E580T projector not only puts away the complexity of the cable, but also adds many practical intelligent functions to the business meeting scene. The seemingly traditional appearance hides the "brain" of wisdom. 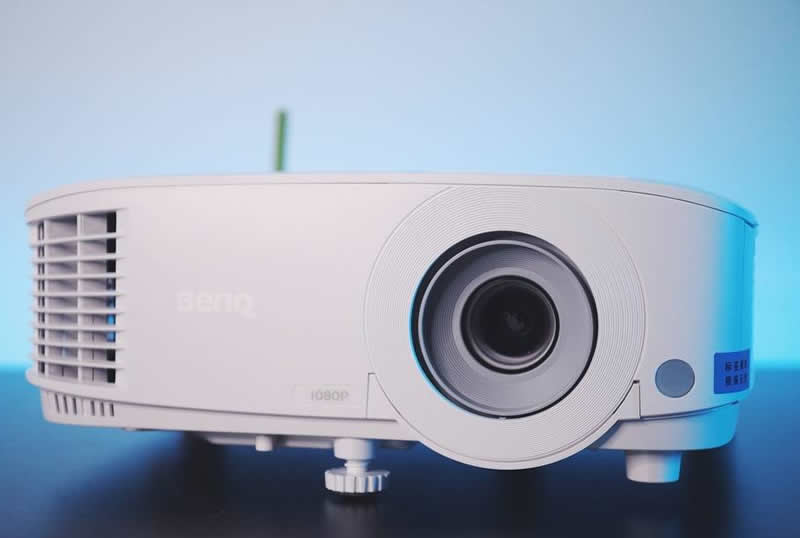 For a projector, it is the first requirement to present a good imaging effect. Before making changes to modern business, the E580T has already made solid basic functions on the imaging hardware: 3,500 lumens of brightness ensure that the indoor environment under bright lighting can be clearly imaged, no longer appearing. Curtains are such a sleepy scene. In Smart-Eco Smart Light Bulb mode, the projector lasts up to 10,000 hours, with a contrast ratio of 12000:1 and a color of 107 million colors for good color reproduction when watching videos and displaying pictures. 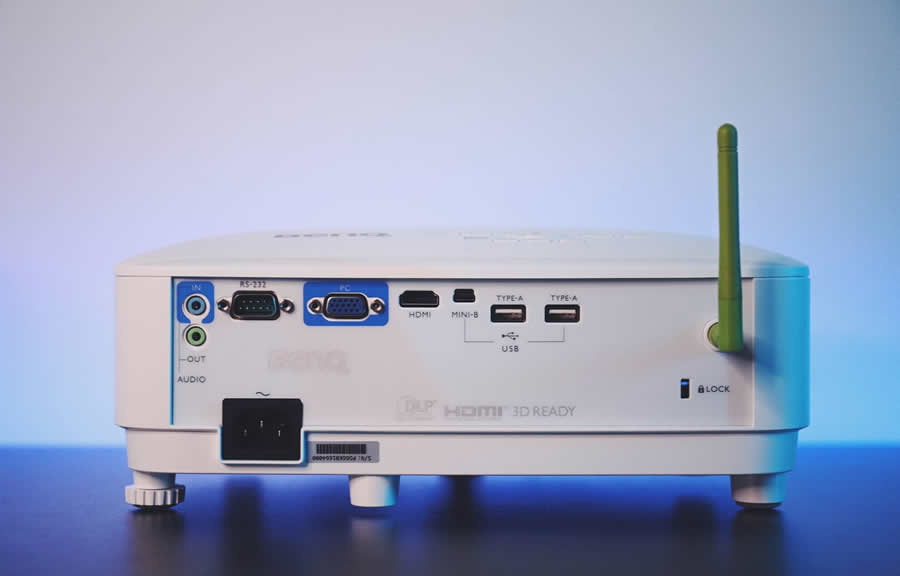 The interface provided by the body is also very rich. In addition to the conventional HDMI and VGA video interfaces, the two USB interfaces also support direct reading of the contents of the USB flash drive. Most of the documents, pictures and videos can be read directly without being jammed. You can also connect wireless headphones, speakers and mouse and keyboard via Bluetooth to expand the projector's usage scenarios. These additional extensions are due to the built-in Android-based smart system.

And the changes brought about by this intelligent system go far beyond this. Computer mobile phone wireless projection screen, there is no network can get it Thanks to the built-in Android operating system, the E580T offers a variety of wireless projection methods. No matter if you are a Windows or Mac computer, or an iOS or Android mobile phone, you don't have to take the adapter and cable to talk as before. You only need to install one at most. Software, you can easily achieve projection. If the projector and device are in the same WiFi environment, macOS and iOS users can directly use the system's own mirroring function to achieve screencasting. You can choose to play PPT, pictures, videos, etc. directly through the projector, or you can use the device. The screen content is displayed through the projector image and is especially useful during operations that require demonstration of specific software. 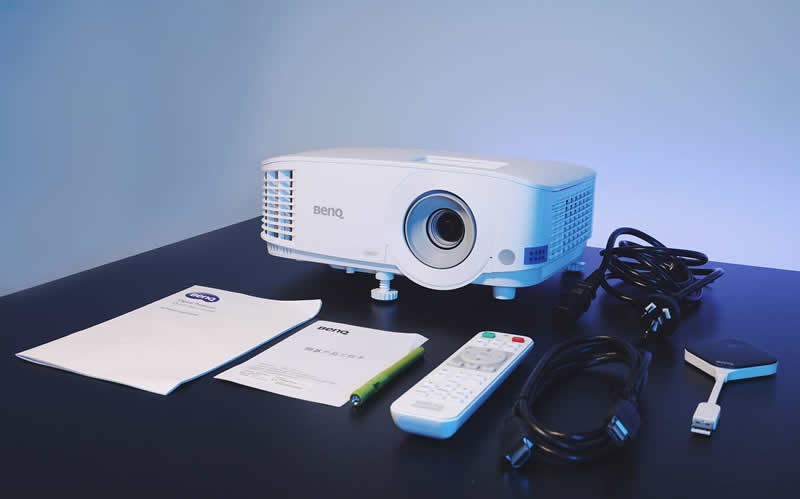 Wireless is not cumbersome, it is easy to cast screen

After Windows and Android users download and install AirPin Cast software, they can be screened with the projector. Although it is one step more than Apple devices, it still does not reduce the number of specific functions. You can choose a variety of screencasting methods in the software, including whether to screen the screen or screen only for a certain software window, and still support many common format files such as Word, PPT, Excel, MP4, MOV, etc. On Android devices, apps can read all kinds of files on your phone to cast screens.

Play pictures in your phone with AirPin Cast

If you feel that installing additional apps is not conducive to "temporary hugs", the E580T also comes with a "small tail" wireless screencast for a wide range of Windows users. Similarly, the computer and the projector are placed under the same WiFi, the wireless projector is connected to the computer, and simple device binding is performed, and all subsequent projection preparations become a one-touch. 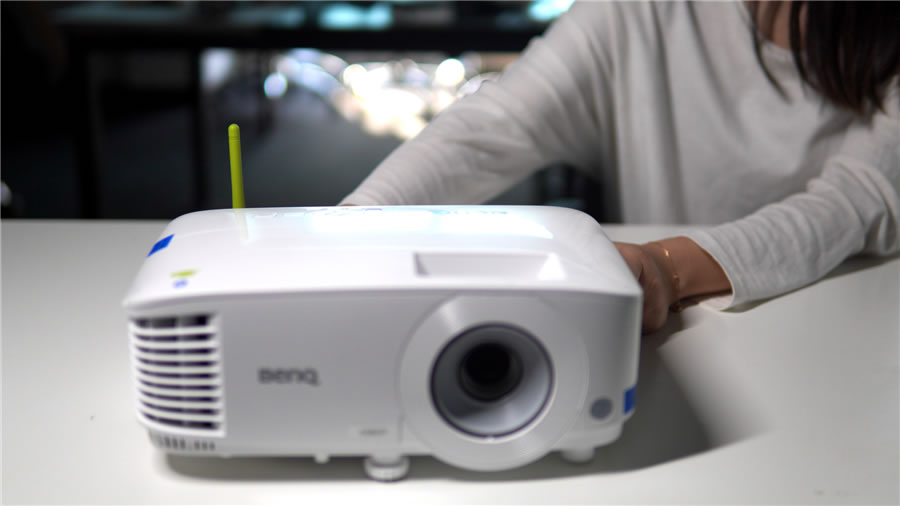 In the face of the need for multiple people to take turns demonstrating, wireless screening itself has improved a lot of efficiency in the process, and the E580T has further optimized this scenario. The device itself supports simultaneous connection of four devices to "four-screen" The form is displayed. Whether it's displaying PPT content while demonstrating the functionality of a particular software for simultaneous playback, or quickly switching between report topics for switching display, the quad screen is intuitive and efficient. The "small dice" that comes with the bonus is supported by 16 simultaneous accesses and one-touch switching.

The wireless projection function provided by the E580T is more than that. It has a more important feature - even if there is no local WiFi, you can still cast the screen. In some large-scale occasions, the WiFi environment is more complicated, and even some outdoor occasions do not have WiFi. In this case, the E580T's built-in WiFi function can still be used for wireless projection. When the "Direct Screening" function is enabled in the system, the projector itself will enable the wireless hotspot. Just connect the device to the built-in WiFi of the projector according to the prompts, and you can achieve the same screencasting effect as before. The E580T adds an antenna to the rear to ensure the signal strength of the WiFi hotspot, ensuring stable projection even in larger venues. 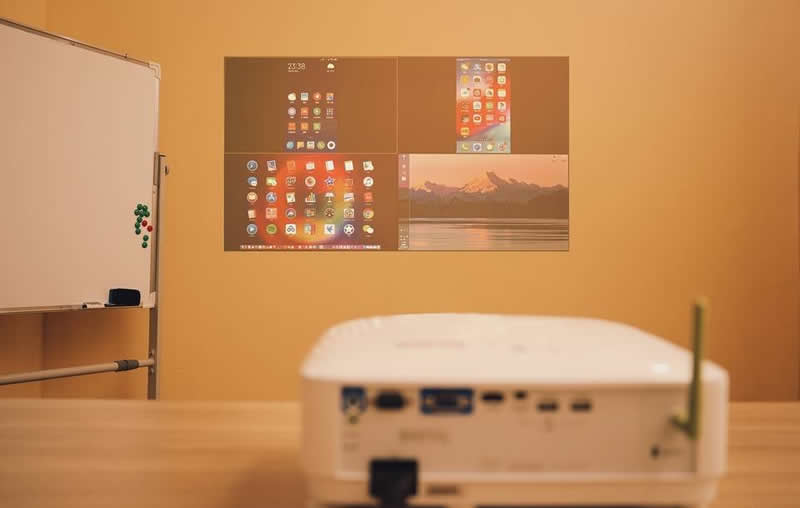 Directly connected to the projector hotspot for screencasting

Intelligent system blessing, presentation files themselves For a long time, the projector appeared as an extension of the computer display. The main purpose was to project the content that you want to display on the computer for demonstration. The BenQ E580T has an Android 6.0 smart system built in, which turns the projector itself into a small computer with built-in browsers, media players and file managers. In the past, when we were limited by the function of the projector, we could only use the computer to connect to the projector to do the demonstration. When controlling the slide show, we must connect the remote control pen to operate. 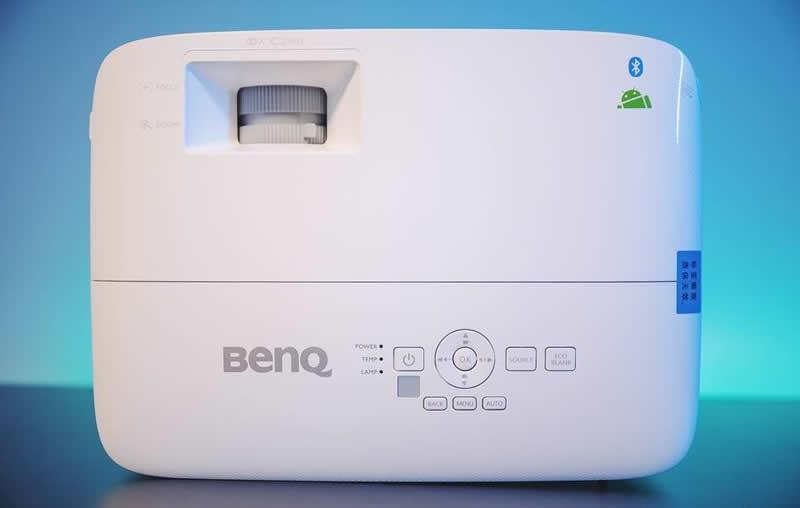 It not only maintains the traditional advantages of projectors, but also provides modern intelligent functions. With the wireless projection function alone, the E580T has solved the biggest problem of traditional projectors in modern conference presentation scenarios. On this basis, it uses the built-in Android system to realize a series of practical functions for business meeting scenes such as reading U disk, Bluetooth connection, mobile phone remote control, and BenQ's recognized hardware quality in the field of projectors. The E580T enables a more modern function while retaining the traditional advantages of the projector.